Summer is out and it has been hot. We've been sitting around the 103 F around here. Normally we are 10-15 degrees F cooler than the Phoenix Valley (where I grew up), and this week was no exception, they were sitting around 115 F all week. So it is hot.

Tuesday was interesting. We had the LDS (because if any of you didn't know yet- yes we are members of the Church of Jesus Christ of Latter-Day Saints aka the Mormons) Sister Missionaries over for dinner. They were sweet but not the annoying sweet that made me dislike sister missionaries growing up and made me never want to be one (funny story I was a sister missionary, but I was a cool sister missionary who even to this day had a reputation that I was an elder hater, not because I actually hated the elders but because I wouldn't put up with anything from them-grow up). One was from eastern Washington and the other from north of Chicago. So after dinner, they leave to go to an appointment with a family they are teaching, and we put our children to bed- followed by I go grocery shopping (adventure in and of itself- we recently started a new budget). When I get home from the grocery store they are 4-5 vehicles parked on our street down by where the sister missionaries live (yes they live in a house owned by some members down the street from us). One, at least, was obviously shaped like a police car but no lights were on, I decided to turn into my drive way and not get in the way by going over and trying to snoop to find out what was going on. Later I learned from their neighbor, that it were police cars. There had been a scary dude hanging around the sisters' house looking into the windows, when confronted he kept trying to find out who lived at that house, and was seen back later that night. So the police were asked to drive by occasionally and then made a big deal of it when there was another reported siting of the creeper. Crazy. A story of this type would make more sense if we lived in some big city with lots of crime and people, but we don't. We live in the middle of almost no where. If those sisters' parents here about this please know they have neighbors who are looking out for them and have their back. We live in a very safe place.
On Wed. our power was out for about an hour. I feels like a funny story when you piece all the stories together. The power was out for a large part of the unincorporated county land we live in, and for a smaller area up in town. The story is that a semi was in an accident and when it rolled it caught a power line going over the street. They were able to get the power up in town on quickly but there were sections of county land that were without power for 2 1/2 hours. In addition there were a bunch of people who lost their Cox internet for a few hours. We didn't exactly loose internet (while the power was off there was no way to tell) but it did wig out a few times, were it would disconnect everything and be off for a few seconds. So that was all fun. I was fingertips away from saying we were going to have ice cream for dinner. darn it went back up before I could make that call. 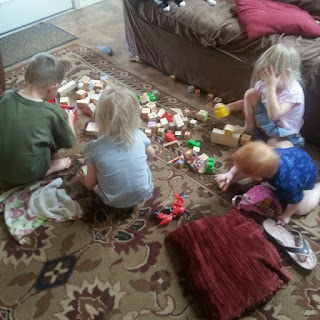 Thursday I hit my mouth with a glass baking dish. I don't even remember why... but it hurt and later I realized I chipped my tooth. Not really noticeable or anything but it annoys me. I am going to call my dentist and see what he charges just to file it smooth. 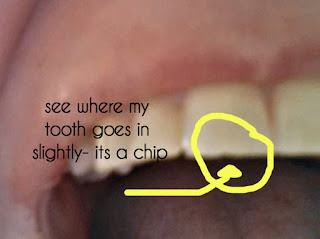 So we just finished week 4 of summer. One more week down and we'll be half way to summer break being over and school starting. How are we surviving? With the free summer movies at the local theater, spending lots of time at the park (even in this heat), and eating lots of otter-pops. It is rough. I am just being up front here. My kids are crazy and get destructive when they don't have playmates. WE NEED PLAY DATES! It frusterates me to no end that all my kids want to do is watch TV (we don't even have any TV for DVDs).
So that is life. Father's day was nice. I made lasagna for my husband at his request. Hope ya'll had a great Father's Day too.
Posted by Arizona Girl at 8:57 PM