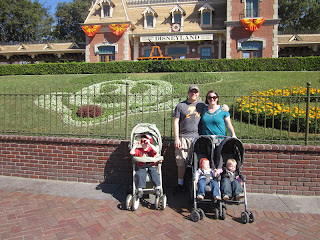 So you wouldn't think being "UNEMPLOYED" and "DISNEYLAND" go hand and hand. For some reason we seemed to think they did. In hindsight, considering we are still unemployed two months later, maybe it was a bad idea. But we had the money in savings and we didn't think we'd still be unemployed this long (now its looking like it could be A LOT longer). We did it on a whim because we wanted to take advantage of the time we had to spend as a family. I don't regret the memories we made or that we did it- just the money we spent.
We left late in the evening and drove all night. 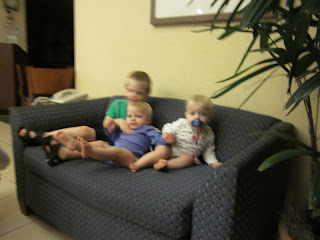 We arrive about 4am and checked into the hotel. 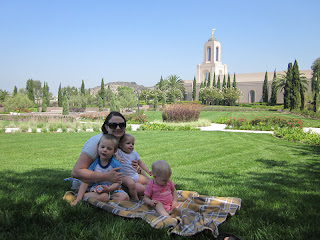 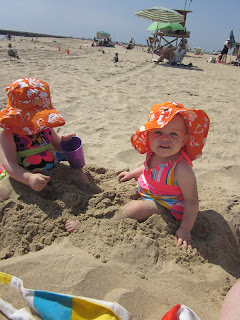 and then the following day to Disneyland. 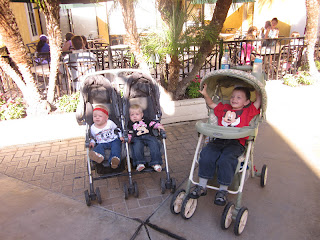 Our children had no idea until we walked up to the gates where we were and then our son went all giddy shy on us and would say Disneyland. 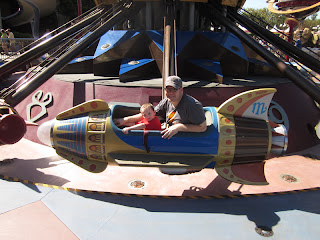 We did kiddo things all day 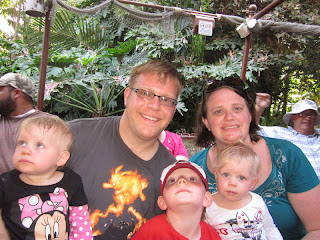 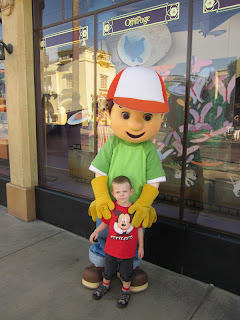 Everything we did was focused around Al having a great time. 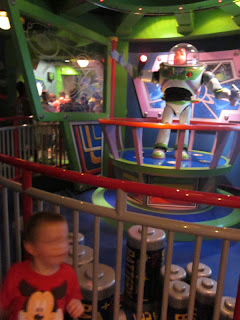 We were able to go to CARSland. It was fun but I was very disappointed that the babies couldn't do even ONE ride there. 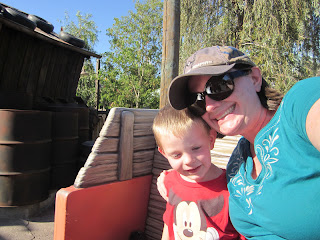 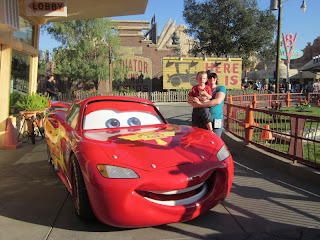 It was a *really* hot hot day. Too bad I thought it was going to be a bit cooler and packed our clothes for the low 80's and not for 100's. 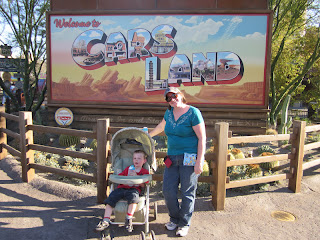 Also it must have been twin day at the park. We met TWINS everywhere. 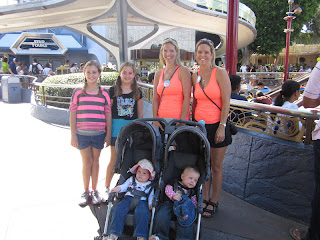 These grown twins were there celebrating their bday. They told my girl that they have no idea what fun is in store for them. Since it was first thing in the morning at Disneyland I thought they were talking about Disneyland But then I realized that they meant 'in their lives as twin'