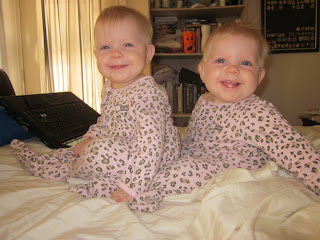 Our girls are so happy every morning. Rose is on the left and Nellie on the right. some days they look so different, but other days I spend the whole day trying to remember what outfit I put on who.
Posted by Arizona Girl at 8:00 AM